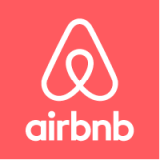 Airbnb is an online marketplace that enables people to list, find, then rent vacation homes for a processing fee. It has over 1,500,000 listings in 34,000 cities and 191 countries. Founded in August 2008 and headquartered in San Francisco, California, the company is privately owned and operated. 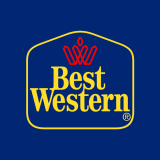 Best Western GB claims to be the largest independently owned and managed hotel chain in Great Britain and the Channel Islandswith over 280 two, three and four star properties. Best Western GB provides sales, revenue and marketing services to all of its member hotels. Best Western Hotels GB is the international trading name of Interchange and Consort Hotels Limited.

Crowne Plaza is a chain of full service, upscale hotels catering to business travelers and to the meetings and conventions market. It forms part of the InterContinental Hotels Group family of brands, which include InterContinental Hotels & Resorts and Holiday Inn Hotels & Resorts, and operates in 52 countries, usually located in city centers, resorts, or near major airports. 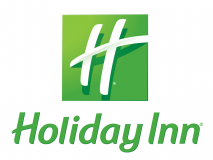 Holiday Inn is an American brand of hotels, which is part of the InterContinental Hotels Group. Originally being a U.S. motel chain, today it is one of the world's largest hotel chains, with 463,435 bedrooms in 3,649 hotels globally hosting over 100 million guest nights each year. The hotel chain is based in Atlanta, Georgia. 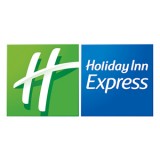 Holiday Inn Express is a mid-priced hotel chain within the InterContinental Hotels Group family of brands. As an "express" hotel, their focus is on offering limited services and a reasonable price. Standard amenities lean toward the convenient and practical which cater to business travellers and short-term stays. As of March 2016, there were over 2,438 Holiday Inn Express hotels worldwide.

Marriott Hotels & Resorts is Marriott International's flagship brand of full-service hotels and resorts. The company, based in Washington D.C., is repeatedly included on the Forbes Best Companies to Work for list, and was voted the fourth best company to work for in the UK by The Times in 2009. 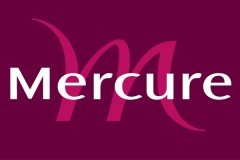 Mercure Hotels is a brand of hotels run by French multinational corporation AccorHotels. The slogan is In Harmony with People and Places

Premier Inn is a British budget hotel chain and the UK's largest hotel brand, with over 50,000 rooms and more than 650 hotels. Originally opening under the "Travel Inn" brand name in 1987, it has been owned by Whitbread during its entire operation and was set up to compete with the Travelodge brand which was at the time owned by Forte. The company provides 70% of the total earnings of Whitbread. Premier Inn operates hotels at a variety of locations including city centres, suburbs and airports.

Travelodge Hotels Limited is a private company operating in the hotels and hospitality industry throughout the United Kingdom. Branded simply as Travelodge, it is the second largest in the budget hotel sector (behind Premier Inn) and third biggest hotel chain in the UK by number of bedrooms (31,600 at the end of 2010).

A new room design has been introduced in new buildings, and newly refurbished hotels; featuring a new colour scheme and LCD TVs. In most hotels, there are double rooms, family rooms and disabled rooms. All rooms feature en-suite bathroom, free tea & coffee. A charged for wi-fi internet connection is available at all hotels.