Alton Towers Resort is a theme park and resort located in Alton, England, UK. In 2012, it attracted 2.4 million visitors, making it the most visited theme park in the United Kingdom and 9th most visited theme park in Europe. It employs in excess of 2400 staff members during the summer months, over 1,000 of whom are full-time. It is based north of the village of Alton in Staffordshire, in the grounds of Alton Towers, a semi-ruined gothic revival country house.

Alton Towers was acquired by the investment group Dubai International Capital when it purchased Tussauds for £800 million in 2005. The Tussauds Group was bought by Merlin Entertainments in March 2007 for over £1billion from DIC, placing Alton Towers under their control. In July 2007, the resort and park was sold to Nick Leslau and his investment firm Prestbury who now lease the park back to Merlin Entertainments to operate on a 35-year lease.

Legoland Windsor Resort, also known as Legoland Windsor, is a child-oriented theme park and resort in Windsor, Berkshire in England, themed around the Lego toy system. The park opened in 1996 on the former Windsor Safari Park site as the second Legoland after Legoland Billund in Denmark. In common with the other Legolands across the world, the park's attractions consist of a mixture of Lego-themed rides, models, and building workshops. The park was acquired by Merlin Entertainments in 2005, which now operates the park, with the Lego Group retaining part ownership (30%). The facilities are mainly targeted at children between three and twelve.

In 2015, the park had 2,250,000 million visitors, making it the most visited theme park in the United Kingdom and the 9th most visited in Europe.

Longleat Safari and Adventure Park, in Wiltshire, England, was opened in 1966 as the first drive-through safari park outside Africa. The park is situated in the grounds of Longleat House, an English stately home which is open to the public and is the home of the 7th Marquess of Bath. Longleat Safari Park and the concept of safari parks were the brainchild of Jimmy Chipperfield(1912–1990), former co-director of Chipperfield's Circus. 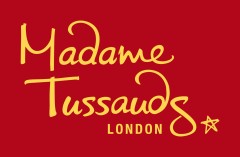 Thorpe Park, styled THORPE PARK Resort, is a theme park with a temporary hotel in between the towns of Chertsey and Staines, Surrey, England, UK. It is operated and owned by Merlin Entertainments. After demolition of the Thorpe Park Estate in the 1930s, the site became a gravel pit.

Thorpe Park was built in the 1970s on the gravel pit which was partially flooded, creating a water-based theme for the park. This essentially allows guests to view the park as an island, which is where the "island like no other" slogan originates from. It was officially opened to the public by the late Lord Louis Mountbatten in 1979.