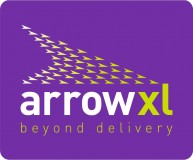 ArroxXL are a multi-user 2-Man Home Delivery Specialist, delivering around 6,000 orders every day.

ArroxXL have thier own national network consisting of four hubs, 17 satellite bases and 220 delivery vehicles on the road six days a week. They offer diary booking at point of sale, installation and assembly services for the customer’s convenience.

The customer experience team consists of over 500 members.

CitySprint Express Courier and Logistics is a privately-held, locally-owned and managed provider of expedited (same-day or faster) transportation and logistics services. Founded in 1985.

Originally founded in 1969 to deliver documents between San Francisco and Honolulu, the company expanded its service throughout the world by the late 1970s. The company was primarily interested in offshore and inter-continental deliveries, but the success of FedEx prompted their own intra-US expansion starting in 1983. DHL expanded to countries that could not be served by any other delivery service, including Cuba, the Soviet Union, Eastern Bloc, Iraq, Iran, China, Vietnam and North Korea.

The company was founded in 1977 in Aschaffenburg, West Germany. In its first year of operation, over 1.4 million parcels were shipped. By 1980, this figure had risen to 7 million per year. Today, 2 million parcels are shipped every day. DPD was originally Deutscher Paketdienst until 2008 (meaning German Parcel Service), and then rebranded to "Dynamic Parcel Distribution".

DPD is majority-owned by GeoPost, a subsidiary of La Poste, France's postal service.

Geopost bought UK carrier Parceline and Ireland's Interlink parcels service in 2001 for around $277 million. Parceline was rebranded DPD in March 2008.

Many clients of the company have had major issues with company support services and general reliability with the deliveries.

FedEx Corporation is an American multinational courier delivery services company headquartered in Memphis, Tennessee. The name "FedEx" is a syllabic abbreviation of the name of the company's original air division, Federal Express, which was used from 1973 until 2000. The company is known for its overnight shipping service, but also for pioneering a system that could track packages and provide real-time updates on package location (to help in finding lost packages), a feature that has now been implemented by most other carrier services.

Hermes Group is a parcel delivery company headquartered in Hamburg, Germany, with operations also in Austria, Italy, China, Russia and the United Kingdom.

In the UK, Hermes processes 200 million parcels each year. The company operates a network of nearly 10,000 independent couriers that provide doorstep delivery. Through this network, Hermes provides delivery services to many online retailers in the UK, including Next Directory, ASOS, Tesco, John Lewis, Debenhams, Arcadia Group and ASDA

In 2014, the company was named as the second worst parcel delivery services in the UK by a consumer survey, with 30% of customers rating their experience as "bad".

In January 2016, Hermes confirmed that the 2015 peak period was its busiest to date. During December 2015, the company processed 30.3 million parcels, representing a 24% increase on the previous year. The busiest day of the year fell on Friday 4 December, when Hermes processed 1.4m parcels.

Hermes also owns myHermes, which was launched in 2009. myHermes provides a delivery and collection service for SMEs and members of the public via doorstep collection and its "myHermes ParcelShops". There are currently more than 3,500 ParcelShops across the UK, based in local supermarkets, petrol stations and shopping centres. In 2014, Hermes signed a partnership agreement with Payzone to launch 1,000 myHermes ParcelShops in Payzone outlets 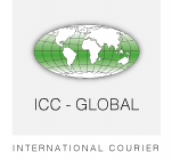 ICC- Global has been in the Express Logistics Business for over 30 years and have a global distribution network. 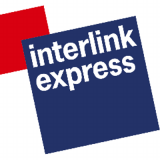 Interparcel have major accounts with the world's largest and most trusted courier companies.

They are the UK's largest online parcel broker.

myHermes is owned by Hermes and was launched in 2009. myHermes provides a delivery and collection service for SMEs and members of the public via doorstep collection and its "myHermes ParcelShops". There are currently more than 3,500 ParcelShops across the UK, based in local supermarkets, petrol stations and shopping centres. In 2014, Hermes signed a partnership agreement with Payzone to launch 1,000 myHermes ParcelShops in Payzone outlets.

Parcel Monkey are a 'Parcel Delivery Comparison Website' which offer a simple way to send parcels within the UK and to over 250 International destinations.

Parcel2Go.com, based in Bolton, Greater Manchester is a parcel delivery comparison website, offering an alternative to others in the industry. Parcel2Go.com allows customers to send anything, from a small packet to a large parcel, to destinations throughout the UK and internationally.

The company delivers to destinations worldwide, using an international partner network. Its European delivery partner, General Logistics Systems (GLS), is also a subsidiary of Royal Mail and delivers more than one million parcels a day across 34 countries in Europe.

Parcelforce Worldwide is a direct competitor of other worldwide delivery brands such as DHL, DX Group, FedEx and UPS.

Parcelforce Worldwide operates a "hub and spoke" collection and delivery system with two hubs based at Coventry, adjacent to the airport. One hub is for UK parcels and the other for international parcels. The UK hub, one of the country's largest buildings, is a highly automated tracking and sorting centre covering 24,000 square metres (5.9 acres) and can handle up to 58,500 parcels an hour. 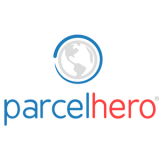 Roger Sumner-Rivers launched the first company in the ParcelHero Group in 2003, with the goal of making courier delivery easier, cheaper and more accessible for both businesses and individuals. 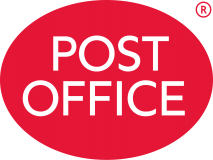 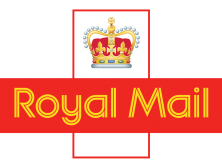 The company provides mail collection and delivery services throughout the UK. Letters are deposited in a pillar or wall box, taken to a post office, or collected in bulk from businesses. Deliveries are made at least once every day except Sundays and Bank Holidays at uniform charges for all UK destinations. Royal Mail generally aims to make First Class deliveries the next business day throughout the nation.

TNT Express is an international courier delivery services company with headquarters in Hoofddorp, Netherlands. The firm has fully owned operations in 61 countries and delivers documents, parcels and pieces of freight to over 200 countries. The company recorded sales of €6.91 billion in 2015. Its major competitors include United Parcel Service (UPS) and DHL.

TNT's rival FedEx reached an agreement to buy the company in April 2015, which was completed on May 25, 2016 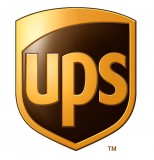 United Parcel Service, Inc. (UPS) is the world's largest package delivery company and a provider of supply chain management solutions. The global logistics company is headquartered in Sandy Springs, Georgia, which is part of the Greater Atlanta metropolitan area. UPS delivers more than 15 million packages per day to more than 7.9 million customers in more than 220 countries and territories around the world.

UPS is known for its brown delivery trucks and uniforms, hence the company nickname "Brown". UPS also operates its own airlineand air cargo delivery service based in Louisville, Kentucky. 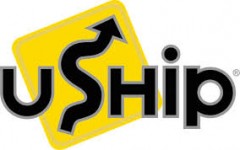 uShip, Inc. is an Austin, Texas-based Internet company that operates uShip.com, an online marketplace for shipping services. Individuals and businesses post items they need shipped in a variety of categories, including auto transport, boat shipping, moving services, and the transport of heavy industrial equipment.

Transportation service providers on uShip place competing bids for the right to haul a customer's shipment. For some categories, including boats, autos and less-than-truckload (LTL) freight, customers can select an upfront quote for transport services or enter an acceptable price to be matched with a transporter. Customers can book a shipment immediately from these quotes or opt to wait for auction bids, similar to eBay’s ‘buy it now’ feature.

Yodel is a delivery service company in the United Kingdom. It was formed by the 2010 acquisition of the UK domestic business of DHL by Home Delivery Network. The combined business, known as HDNL, was rebranded as Yodel in May 2010. It is privately owned by the billionaire Barclay Brothers.