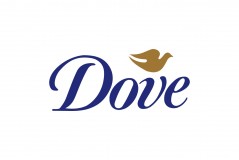 Dove is a personal care brand owned by Unilever originating in the United Kingdom. Dove products are manufactured in Argentina,Australia, Brazil, Canada, China, Germany, India, Indonesia, Israel, Ireland, Mexico, Netherlands, Pakistan, Philippines, South Africa,Thailand, Turkey and United States. The products are sold in more than 80 countries and are offered for both women and men. Dove's logo is a silhouette profile of the brand's namesake bird.

Vincent Lamberti was granted the original patents related to the manufacturing of Dove in the 1950s while he worked for the Lever brothers.

Lynx is a brand of male grooming products, owned by the Anglo-Dutch company Unilever and marketed towards the young male demographic.

Lynx was launched in France in 1983 by Unilever. It was inspired by another of Unilever's brands, Impulse.

Vidal Sassoon, CBE was a British hairdresser, businessman, and philanthropist. He is credited with creating a simple geometric, "Bauhaus-inspired" hair style, also called the wedge bob. Establishing himself in the US in 1965, he opened the first chain of worldwide hairstyling salons, complemented by a line of hair-treatment products that became an international brand. His company's 1980s television commercials featured the popular tag line, "If you don't look good, we don't look good." Vidal Sassoon: The Movie, a documentary film about his life, was released in 2010.