The Beecham Group plc was a British pharmaceutical company. It was once a constituent of the FTSE 100 Index. Beecham, after having merged with SmithKline Beckman, merged with Glaxo Wellcome to become GlaxoSmithKline. GSK still uses the Beechams brand name in the UK for its over-the-counter cold and flu relief products.

Colgate (sub-brand of Colgate-Palmolive) is an oral hygiene product line of toothpastes, toothbrushes, mouthwashes and dental floss. Colgate toothpaste was first sold by the company in 1873, sixteen years after the death of the founder, William Colgate.

Herbalife International is an American multinational multi-level marketing corporation that develops, markets and sells nutrition supplements, weight management, sports nutrition and personal-care products. The company was founded by entrepreneur Mark Hughes in 1980, and it employs around 7,800 people worldwide. Herbalife reported net sales of US$3.825 billion in 2014, a 21% decrease over 2013, and net income of $308.7 million. It incorporated in the Cayman Islands, and its corporate headquarters are there.

It is free of charge to all citizens of Northern Ireland and the rest of the United Kingdom. For services such as A&E, patients simply walk in, state their name and date of birth, are given treatment and then leave. Patients are unaware of costs incurred by them using the service. It is sometimes called the "NHS", as in England, Scotland and Wales, but differs from the NHS in England and Wales in that it provides not only health care but social care too.

LloydsPharmacy is a British pharmacy company, with more than 1,500 pharmacies. It has around 17,000 staff and dispenses over 150 million prescription items annually. It is owned by the German company Celesio, formerly GEHE AG, which is in turn owned by the American McKesson Corporation.

The National Health Service (NHS) is the publicly funded healthcare system for England. It is the largest and the oldest single-payer healthcare system in the world. Primarily funded through the general taxation system and overseen by the Department of Health, the system provides healthcare to every legal resident in the United Kingdom, with most services free at the point of use. Some services, such as emergency treatment and treatment of infectious diseases are free for everyone, including visitors. 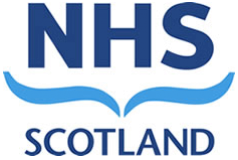 NHS Scotland is the publicly funded healthcare system in Scotland. Health and social care policy and funding are the responsibility of the Health and Social Care Directorates of the Scottish Government.

Nurofen is the brand name of a range of pain-relief medication made by Reckitt Benckiser. Introduced in 1983, the Nurofen brand was acquired following Reckitt Benckiser's acquisition of Boots Healthcare in 2005. The brand is primarily marketed and sold in the United Kingdom, other parts of Europe, South Africa, Australia and New Zealand.

Specsavers Optical Group Ltd is a global retail chain, which offers optician services, along with eyeglasses, contact lenses and hearing aids. In 2012 it had the largest single market share of the four major opticians with 42% of the UK market. The company had a total turnover of £1.5 billion in 2010/2011 and £1.7 billion in 2012, with 1,648 stores in the United Kingdom, Guernsey, Spain, Ireland, Norway, Sweden, Finland, Denmark, the Netherlands, Spain, Australia and New Zealand.

Virgin Care is a private provider of services to the National Health Service in England. It owns 24 GP-led provider companies that provide NHS services through networks of GP surgeries; and community-based NHS services.

The company was known as Assura Medical from March 2010 until March 2012. It originated as a division of Assura Group and a majority share was purchased by Virgin Group in 2010, setting it up as a separate company.