Aviva plc is a British multinational insurance company headquartered in London, United Kingdom. It has around 33 million customers across 16 countries. In the UK, Aviva is the largest general insurer and a leading life and pensions provider. In addition, Aviva has a focus on five markets in Europe and, in Asia, the company is focused on the growth markets of China and South East Asia. Aviva is also the second largest general insurer in Canada. 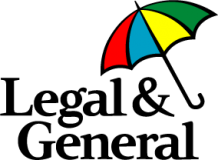 Swiftcover was an internet-based UK insurance company formed in 2005 by a group of former Churchill Insurance executives. In 2007 Swiftcover was acquired by AXA and it is now a wholly owned subsidiary of AXA UK plc. It operates call centres in Tunbridge Wells, Kent and in Teesside. Customers can manage their policy (including changes to policies) online