The British Broadcasting Corporation is a British public service broadcasting statutory corporation. Its main responsibility is to provide impartial public service broadcasting in the United Kingdom, the Channel Islands, and the Isle of Man. The BBC is headquartered at Broadcasting House in London and has major production centres in Salford Quays, Belfast, Birmingham, Bristol, Cardiff and Glasgow, and smaller production centres throughout the UK. The BBC is the world's oldest national broadcasting organisation and the largest broadcaster in the world by number of employees, with about 23,000 staff.

BT Group plc, trading as BT, is a British multinational telecommunications services company headquartered in London, United Kingdom. It is one of the largest telecommunications services companies in the world and has operations in over 170 countries. Through its BT Global Services division it is a major supplier of telecoms services to corporate and government customers worldwide. Its BT Retail division one of the largest suppliers of telephony, broadband and subscription television services in the UK, with over 18 million customers.

Channel 4 is a British public-service television broadcaster which began transmission on 2 November 1982. Although largely commercially self-funded, it is ultimately publicly owned; originally a subsidiary of the Independent Broadcasting Authority, the station is now owned and operated by Channel Four Television Corporation, a public body established in 1990, coming into operation in 1993. With the conversion of the Wenvoe transmitter group in Wales to digital on 31 March 2010, Channel 4 became an entirely UK-wide TV channel for the first time.

Freeview is the only prevailing free-to-air UK digital terrestrial television service. It is delivered by the company DTV Services Ltd, a joint venture between the BBC, ITV, Channel 4, BSkyB and transmitter operator Arqiva. It was launched in 2002, when the company was known as DWSCO 2284 Ltd. The service provides consumer access via an aerial to the six DTT multiplexes covering the United Kingdom. In August 2013 it had some 60 DVB-T TV channels, 26 digital radio channels, 4 HD channels, 6 text services, 11 streamed channels, and 1 interactive channel. Some ten additional feeds, whereof five more HD feeds, are expected for the first half of 2014, and up to 10 new HD channels are planned to be launched later in 2014, from a new group of multiplexes awarded to Arqiva.

ITV is a commercial public service TV network in the United Kingdom. Launched in 1955 as Independent Television under the auspices of the Independent Television Authority to provide competition to the BBC, it is also the oldest commercial network in the UK. Since the passing of the Broadcasting Act 1990, its legal name has been Channel 3, the number 3 having no real meaning other than to distinguish it from the other analogue channels at the time, namely BBC 1, BBC 2 and Channel 4. In part, the number 3 was assigned as televisions would usually be tuned so that the regional ITV station would be on the third button, the other stations being allocated to the number within their name. 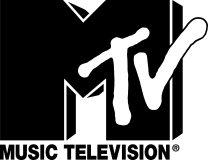 MTV is an American basic cable and satellite television channel owned by the MTV Networks Music & Logo Group, a unit of the Viacom Media Networks division of Viacom. The channel is headquartered in New York City, New York. Launched on August 1, 1981, the original purpose of the channel was to play music videos guided by television personalities known as "video jockeys," or VJs. In its early years, MTV's main target demographic were young adults, but today, MTV's programming is primarily targeted at adolescents in addition to young adults.

Now TV (stylised as NOW TV) is an internet television service owned by Sky plc. It was first announced in February 2012, and launched in the United Kingdom on 17 July 2012. The service is available to watch via computer, various mobile devices, some game consoles and set-top boxes, with a Now TV branded box launched in July 2013. It is not viewable via Sky's digital satellite television service, or through the Sky Go Internet service.

Sky (formerly marketed as Sky Digital) is the brand name for BSkyB's digital satellite television and radio service, transmitted from the Astra satellites. Sky was the country's most popular digital TV service until getting overtaken by Freeview in April 2007.

Virgin Media plc is a British company which provides fixed and mobile telephone, television and broadband internet services to businesses and consumers in the United Kingdom. Its headquarters are in Hook, Hampshire, United Kingdom. The company has been a subsidiary of Liberty Global plc, an international television and telecommunications company headquartered in London, since June 2013. Virgin Media.

The company was formed in March 2006 by the merger of NTL and Telewest, which created NTL:Telewest. In July 2006 the company purchased Virgin Mobile UK, creating the first "quadruple-play" media company in the United Kingdom, offering television, internet, mobile phone and fixed-line telephone services.