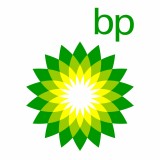 BP plc, also referred to by its former name, British Petroleum, is one of the world's seven "supermajor" oil and gas companies. It is a British multinational company, headquartered in London, England, whose performance in 2012 made it the world's sixth-largest oil and gas company, the sixth-largest energy company by market capitalisation and the company with the world's fifth-largest revenue (turnover). It is a vertically integrated company operating in all areas of the oil and gas industry, including exploration and production, refining, distribution and marketing, petrochemicals, power generation and trading. It also has renewable energy interests in biofuels and wind power.

E.ON SE, marketed with an interpunct as E·ON, is a European holding company based in Düsseldorf, North Rhine-Westphalia, Germany. It runs one of the world's largest investor-owned electric utility service providers. The name comes from the Greek word aeon which means eternity.

Esso S-o is an international trade name for ExxonMobil and its related companies. The name is a phonetic version of the initials of the pre-1911 Standard Oil, and as such became the focus of much litigation and regulatory restriction in the United States. In 1972 it was largely replaced in the U.S. by the Exxon brand after it bought Humble Oil, while Esso remained widely used elsewhere. In most of the world, the Esso brand and the Mobil brand are the primary brand names of ExxonMobil, with the Exxon brand name still in use only in the United States alongside Mobil.

npower is a UK-based electricity generator and supplier of gas and electricity to homes and businesses, formerly known as Innogy plc. As Innogy plc it was listed on the London Stock Exchange and was a constituent of the FTSE 100 Index. In 2002 it was acquired by RWE of Germany and was subsequently renamed RWE npower plc.

It was until recently considered as one of the Big Six Energy Suppliers, which dominate the gas and electricity market in the United Kingdom.

Royal Dutch Shell plc, commonly known as Shell, is an Anglo–Dutch multinational oil and gas company headquartered in the Netherlands and incorporated in the United Kingdom. 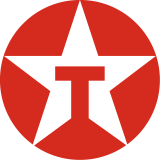 Texaco products have been sold in the UK for over 100 years and today Valero Energy Ltd, a subsidiary of Valero Energy Corporation, markets fuel in the UK and Ireland under the Texaco brand.

Valero refines crude oil at its refinery in Pembroke, south west Wales. The refinery began operations in 1964 and today it is one of the largest manufacturers of fuels in northwest Europe, with throughput of 270,000 barrels of crude oil each day. Valero’s Pembroke refinery is one of the leading employers in south Wales and is one of Europe’s largest and most complex refineries.

In addition to the refinery, Valero has ownership interests in four major pipelines, six UK fuel terminals and a 13,000-barrel-per-day aviation fuels business.

The company supplies fuel products to its UK customers via its fuel terminals and pipeline infrastructure. We additionally supply fuel from a number of third party owned terminals throughout the UK.