American Express Company, also known as AmEx, is an American multinational financial services corporation headquartered in Three World Financial Center, Manhattan, New York City, New York, United States. Founded in 1850, it is one of the 30 components of the Dow Jones Industrial Average. The company is best known for its credit card, charge card, and traveler's cheque businesses. Amex cards account for approximately 24% of the total dollar volume of credit card transactions in the US.

Barclaycard, part of Barclays Retail and Business Banking, is a global payment business. The Barclaycard was the first credit card introduced in the UK, coming into service in 1966. It enjoyed a monopoly until the introduction of the Access card in 1972.

Barclays plc is a British multinational banking and financial services company headquartered in London, United Kingdom. It is a universal bank with operations in retail, wholesale and investment banking, as well as wealth management, mortgage lending and credit cards. It has operations in over 50 countries and territories and has around 48 million customers. As of 31 December 2011 Barclays had total assets of US$2.42 trillion, the seventh-largest of any bank worldwide.

HSBC Holdings plc is a British multinational banking and financial services company headquartered in London, England, United Kingdom. It is one of the world's largest banks. It was founded in London in 1991 by the Hongkong and Shanghai Banking Corporation to act as a new group holding company. The origins of the bank lie in Hong Kong and Shanghai, where branches were first opened in 1865. The HSBC name is derived from the initials of the Hongkong and Shanghai Banking Corporation. 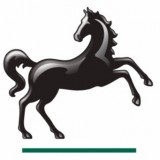 Lloyds Bank plc is a British retail and commercial bank with branches across England and Wales. It has traditionally been considered one of the "Big Four" clearing banks. Originally founded in Birmingham in 1765, the bank expanded during the nineteenth and twentieth centuries and took over a number of smaller banking companies. In 1995 it merged with the Trustee Savings Bank and traded as "Lloyds TSB Bank plc" between 1999 and 2013.

The bank is the principal subsidiary of Lloyds Banking Group, which was formed in January 2009 by the acquisition of HBOS by the then-Lloyds TSB Group. That year, following the UK bank rescue package, the British Government took a 43.4% stake in Lloyds Banking Group. As a condition imposed by the European Commission regarding state aid, the group later announced that it would create a new standalone retail banking business, made up of a number of Lloyds TSB branches and those of Cheltenham & Gloucester. The new business began operations on 9 September 2013 under the TSB brand. Lloyds TSB was subsequently renamed Lloyds Bank on 23 September 2013.

MasterCard Incorporated or MasterCard Worldwide is an American multinational financial services corporation headquartered in the MasterCard International Global Headquarters, Purchase, New York, United States. The Global Operations Headquarters is located in O'Fallon, Missouri, United States, a suburb of Saint Louis, Missouri. Throughout the world, its principal business is to process payments between the banks of merchants and the card issuing banks or credit unions of the purchasers who use the "MasterCard" brand debit and credit cards to make purchases. MasterCard Worldwide has been a publicly traded company since 2006. Prior to its initial public offering, MasterCard Worldwide was a cooperative owned by the 25,000+ financial institutions that issue its branded cards.

National Westminster Bank Plc, commonly known as NatWest, is the largest retail and commercial bank in the United Kingdom and has been part of The Royal Bank of Scotland Group since 2000. The Royal Bank of Scotland Group is ranked among the top 10 largest banks in the world by assets. NatWest was established in 1968 by the merger of National Provincial Bank and Westminster Bank. Traditionally considered one of the Big Four clearing banks, NatWest has a large network of 1,600 branches and 3,400 cash machines across Great Britain and offers 24-hour Actionline telephone and online banking services. Today it has more than 7.5 million personal customers and 850,000 small business accounts. In Ireland it operates through its Ulster Bank subsidiary. 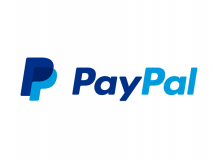 PayPal Holdings, Inc. is an American company operating a worldwide online payments system. Online money transfers serve as electronic alternatives to traditional paper methods like checks and money orders. PayPal is one of the world's largest Internet payment companies. The company operates as a payment processor for online vendors, auction sites and other commercial users, for which it charges a fee.

Santander UK plc is a British bank, wholly owned by the Spanish Santander Group. Santander UK plc manages its affairs autonomously, with its own local management team, responsible solely for its performance. Santander UK is one of the UK's leading personal financial services companies and one of the largest providers of mortgages and savings in the UK. The bank has circa 20,000 employees, 14 million active customers, with almost 1,010 branches and 50 corporate business centres.

The bank, with its head office in the London Borough of Camden, was established on 11 January 2010 when Abbey National plc was combined with the savings business and branches of Bradford & Bingley plc, and renamed Santander UK plc. Alliance & Leicester plc merged into the renamed business in May 2010.

Between 2007 and 2010, Santander was ranked as worst bank for customer service in the J. D. Power UK Retail Banking Satisfaction Study. However, its '123' product range was ranked third best in the UK in 2013 and in a moneysavingexpert.com poll in 2014 customers ranked their satisfaction higher than with any of other main high street banks.

Visa Inc. is an American multinational financial services corporation headquartered in Foster City, California, United States. It facilitates electronic funds transfers throughout the world, most commonly through Visa-branded credit cards and debit cards. Visa does not issue cards, extend credit or set rates and fees for consumers; rather, Visa provides financial institutions with Visa-branded payment products that they then use to offer credit, debit, prepaid and cash-access programs to their customers. In 2008, according to The Nilson Report, Visa held a 38.3% market share of the credit card marketplace and 60.7% of the debit card marketplace in the United States. In 2009, Visa’s global network processed 62 billion transactions with a total volume of $4.4 trillion.