DWP (Department for work and Pensions) 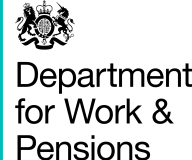 The Department for Work and Pensions (DWP) is the largest government department in the United Kingdom, and is responsible for welfare and pension policy.

The Department has four operational organisations: Jobcentre Plus administers working age benefits such as Jobseeker's Allowance, and decides which claimants receive Employment and Support Allowance; the Pension Service which pays the Basic State Pension and Pension Credit and provides information on related issues; Disability and Carers Service which provides financial support to disabled people and their carers; and the Child Maintenance Group which provides the statutory Child Support Schemes, operating as the Child Support Agency and the Child Maintenance Service.

Her Majesty's Passport Office (HMPO) is a division of the Home Office in the United Kingdom. It provides passports for British nationals worldwide and was formed on 1 April 2006 as the Identity and Passport Service, although the Passport Office had also been its previous name.

The General Register Office for England and Wales became a subsidiary of HMPO on 1 April 2008, and produces life event certificates such as birth, death, marriage and civil partnerships.

HMPO's headquarters is collocated with the Home Office at 2 Marsham Street and it has seven regional offices around the UK, inLondon, Glasgow, Belfast, Peterborough, Liverpool, Newport and Durham as well as an extensive nationwide interview office network as all first time adult passport applicants are required to attend an interview to verify their identity as a fraud prevention measure.