Burger King, often abbreviated as BK, is a global chain of hamburger fast food restaurants headquartered in unincorporated Miami-Dade County, Florida, United States. The company began in 1953 as Insta-Burger King, a Jacksonville, Florida-based restaurant chain. After Insta-Burger King ran into financial difficulties in 1954, its two Miami-based franchisees, David Edgerton and James McLamore, purchased the company and renamed it Burger King. Over the next half century, the company would change hands four times, with its third set of owners, a partnership of TPG Capital, Bain Capital, and Goldman Sachs Capital Partners, taking it public in 2002. In late 2010, 3G Capital of Brazil acquired a majority stake in BK in a deal valued at US$3.26 billion. The new owners promptly initiated a restructuring of the company to reverse its fortunes.

Chicken Cottage International is a UK-based fast food chain. The company is the master franchisor and owner of the "Chicken Cottage" brand. Its taste is modelled on a blend of the Indian Subcontinent and Southern United States flavours using halal ingredients. It currently operates through 115 outlets in the UK. 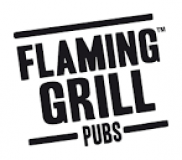 Flaming Grill Ltd is owned by Punch Taverns plc, a pub and bar operator in the United Kingdom, with around 3,500 leased and tenanted pubs. It is headquartered in the traditional brewing centre of Burton upon Trent in Staffordshire.

Frankie & Benny's is a chain of Italian-American restaurants in the United Kingdom, with numerous outlets nationwide, run by The Restaurant Group plc.

The first location opened in 1995 in Leicester, but now the chain has over 200 locations across the UK.

Harry Ramsden's is a fast food restaurant chain based in the United Kingdom which offers fish and chips and assorted themed dishes. The business has 45 owned and franchised outlets throughout the UK and Ireland and serves around four million meals annually.

Wetherspoons (J D Wetherspoon plc) is a pub chain in the UK and Ireland, with headquarters in Watford, Hertfordshire. Founded in 1979 by Tim Martin, the company owns just under 1,000 outlets. The chain's pubs offer cask ale, low prices, long opening hours, and no music. The company also operates the Lloyds No.1 chain and Wetherspoon Hotels.

The chain is known for converting large, unconventional premises into pubs. Premises tend to be large by British pub standards, and use an open plan layout.

KFC is a fast food restaurant chain that specialises in fried chicken and is headquartered in Louisville, Kentucky, United States. It is the world's second largest restaurant chain overall after McDonald's, with over 20,000 outlets in 123 countries and territories as of December 2015. The company is a subsidiary of Yum! Brands, a restaurant company that also owns the Pizza Hut and Taco Bell restaurant chains. 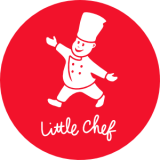 Little Chef is a chain of roadside restaurants in the United Kingdom, founded in 1958 by entrepreneur Sam Alper, and modelled on American diners. It specialises in the "Olympic Breakfast", its version of a full English, and "Jubilee Pancakes". The restaurants are mostly located on sites on A roads, often paired with a Travelodge motel and a petrol station. They used to be on Motorways in Moto Services but were removed in 2009.

The McDonald's Corporation is the world's largest chain of hamburger fast food restaurants, serving around 68 million customers daily in 119 countries. Headquartered in the United States, the company began in 1940 as a barbecue restaurant operated by Richard and Maurice McDonald; in 1948 they reorganized their business as a hamburger stand using production line principles. Businessman Ray Kroc joined the company as a franchise agent in 1955. He subsequently purchased the chain from the McDonald brothers and oversaw its worldwide growth.

Nando's is a South African casual dining restaurant group originating from the Mozambican–Portuguese community with a Portuguese/Mozambiquan theme. Founded in 1987, Nando's operates about 1,000 outlets in thirty countries on five continents and as of 2012 had sales of $650 million.

Nando's specialises in chicken dishes with lemon and herb, mango and lime, medium, hot, extra hot or extra extra hot piri-piri marinades. In some countries, Nando's has other flavour options such as Mediterranean and Tangy Tomato.

Pizza Hut is an American restaurant chain and international franchise that offers different styles of pizza along with side dishes including salad, pasta, buffalo wings, breadsticks, garlic bread and desserts

PizzaExpress is a restaurant group with over 400 restaurants across the United Kingdom and 40 overseas in Europe, Hong Kong, India and the Middle East. It was founded in 1965 by Peter Boizot.

Pret a Manger is a sandwich shop chain based in the United Kingdom.

Pret A Manger was incorporated in October 1983 by Jeffrey Hyman who went on to open the first Pret A Manger shop in Hampstead, London, in 1984.

In 2001, McDonald's bought a 33% non-controlling stake in the USA branch of the company, which they sold in 2008 to private equity firm Bridgepoint Capital, owners of clothing retailer Fat Face.

Starbucks Corporation is an American global coffee company and coffeehouse chain based in Seattle, Washington. Starbucks is the largest coffeehouse company in the world, with 20,891 stores in 62 countries, including 13,279 in the United States, 1,324 in Canada, 989 in Japan, 851 in the People's Republic of China, 806 in the United Kingdom, 556 in South Korea, 377 in Mexico, 291 in Taiwan, 206 in the Philippines, 179 in Turkey, 171 in Thailand, and 167 in Germany. In addition, Starbucks is an active member of the World Cocoa Foundation.

Subway is an American fast food restaurant franchise that primarily sells submarine sandwiches and salads. It is owned and operated by Doctor's Associates, Inc. Subway is one of the fastest growing franchises in the world with 40,229 restaurants in 102 countries and territories as of 11 September 2013. It is the largest single-brand restaurant chain and the largest restaurant operator globally. 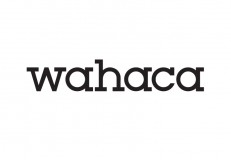 Miers opened the first branch in the West End of London in August 2007, focused on Mexican street food. In October 2008 a second Wahaca opened at Westfield in London. Two further branches in Canary Wharf and Soho followed in 2011, and Wahaca launched its first mobile street kitchen. In 2012 it opened its Top One Wahaca Southbank Experiment. In September 2015 Wahaca opened its first restaurant in the north west, based in Manchester. 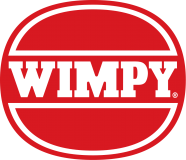 Wimpy is the brand name of a multinational chain of fast food restaurants that is currently headquartered in Johannesburg, South Africa.

On 27 February 2007, Famous Brands, which owns the Wimpy franchise in South Africa, announced that it had acquired Wimpy UK. Having acquired the brand, Famous Brands has re-branded Wimpy in the UK, to bring it in line with Wimpy South Africa. The "new" logo is actually one used by Wimpy UK from the 1960s until the 1980s. In 2009, Famous Brands began to upgrade its 170 locations in the UK to resemble US-style diners. By May 2016, only 86 restaurants remain in the UK, down from over 500 during its height in the 1970s

YO! Sushi is a company that owns, operates, and franchises conveyor belt Japanese restaurants, principally in the United Kingdom, United States, Europe and the Middle East.

O! Sushi was founded in 1997 by British entrepreneur Simon Woodroffe. The current owner is Mayfair Equity Partners and members of the YO! Sushi Senior Management team.