AEG's history spans over 100 years,from the founding of AEG with the purchase of the German license for Edison patents to the first electrical appliances created by Peter Behrens, the father of design.

Apple (UK) is the UK arm of Apple Inc - an American multinational corporation with headquarters in Cupertino, California. Apple that designs, develops, and sells consumer electronics as well as personal computer software and hardware.

Bang & Olufsen is a Danish company that designs and manufactures audio products, television sets and telephones. It was founded in 1925 by Peter Bang and Svend Olufsen, whose first significant product was a radio that worked with alternating current, when most radios were run from batteries. In 2004, the company opened a factory in the Czech Republic where it employs approximately 250 staff producing mainly audio products.

Robert Bosch GmbH, or Bosch, is a multinational engineering and electronics company headquartered in Gerlingen, near Stuttgart, Germany. It is the world's largest supplier of automotive components measured by 2011 revenues. The company was founded by Robert Bosch in Stuttgart in 1886.

Candy is a large family owned Italian company based in Brugherio, near Milan, that manufactures domestic appliances.

Canon Inc. Kyanon kabushiki-gaisha is a Japanese multinational corporation specialized in the manufacture of imaging and optical products, including cameras, camcorders, photocopiers, steppers, computer printers and medical equipment. Its headquarters are located in Ōta, Tokyo, Japan.

Dell Inc. is a privately owned multinational computer technology company based in Round Rock, Texas, United States, that develops, sells, repairs and supports computers and related products and services. Bearing the name of its founder, Michael Dell, the company is one of the largest technological corporations in the world, employing more than 103,300 people worldwide.

AB Electrolux is a Swedish multinational household and professional appliances manufacturer headquartered in Stockholm, Sweden. It is the world's second-largest household appliance maker by revenues. Electrolux products sell under a variety of brand names including its own and are primarily major appliances and vacuum cleaners intended for consumer use. The company also makes appliances for professional use.

The Hoover Company is an American vacuum cleaner company that started out as an American floor care manufacturer based in North Canton, Ohio. It also established a major base in the United Kingdom and for most of the early-and-mid-20th century it dominated the electric vacuum cleaner industry, to the point where the "Hoover" brand name became synonymous with vacuum cleaners and vacuuming in the United Kingdom and Ireland. The Hoover Company in the United States was part of the Whirlpool Corporation but sold in 2006 to Techtronic Industries for $107 million. Hoover UK/Europe split from Hoover U.S. in 1993 and was acquired by Candy, a company based in Brugherio, Italy.

The Hotpoint Electric Heating Company is a British brand of domestic appliances, formerly part of GEC. The brand is currently fully owned by Italy's Indesit, but most UK manufacture has now ceased. 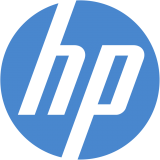 Hewlett-Packard Company or HP is an American multinational information technology corporation headquartered in Palo Alto, California, United States. It provides hardware, software and services to consumers, small- and medium-sized businesses and large enterprises, including customers in the government, health and education sectors.

Indesit Company is an Italian company based in Fabriano, Ancona province. It is one of the leading European manufacturers and distributors of major domestic appliances (washing machines, dryers, dishwashers, fridges, freezers, cookers, hoods, ovens and hobs). Indesit claim to be the undisputed leader in major markets such as Italy, the UK and Russia.

LG Corporation formerly Lucky Goldstar is a South Korean multinational conglomerate corporation. It is the fourth-largest company of its kind in South Korea. Its headquarters are situated in the LG Twin Towers building in Yeouido-dong, Yeongdeungpo-gu, Seoul. LG makes electronics, chemicals, and telecom products and operates subsidiaries such as LG Electronics, Zenith, LG Display, LG Telecom and LG Chem in over 80 countries.

Dixons Retail own brand name introduced in 2001, and intended for everyday use with an "emphasis on reliability and efficiency" and "a better value alternative to the major name brands without compromising on performance."

Miele is a German based manufacturer of high-end domestic appliances, commercial equipment and fitted kitchens, based in Gütersloh, Germany. Miele has always been a family-owned and -run company, founded in 1899 by Carl Miele and Reinhard Zinkann.

Motorola, Inc. was an American multinational telecommunications company based in Schaumburg, Illinois. After having lost $4.3 billion from 2007 to 2009, the company was divided into two independent public companies, Motorola Mobility and Motorola Solutions on January 4, 2011. Motorola Solutions is generally considered to be the direct successor to Motorola, Inc., as the reorganization was structured with Motorola Mobility being spun off.

Neff is a German manufacturer of high-end kitchen appliances headquartered in Munich, Germany. The company was founded by Carl Andreas Neff in 1877 and has been a wholly owned subsidiary of BSH Hausgeräte GmbH since 1982.

Nokia Corporation is a Finnish communications and information technology multinational corporation that is headquartered in Espoo, Finland. Its Nokia Solutions and Networks company provides telecommunications network equipment and services, while Internet services, including applications, games, music, media and messaging, and free-of-charge digital map information and navigation services, are delivered through its wholly owned subsidiary Navteq.

Koninklijke Philips N.V. is a Dutch multinational engineering and electronics conglomerate headquartered in Amsterdam. It was founded in Eindhoven in 1891 by Gerard Philips and his father Frederik. It is one of the largest electronics companies in the world and employs around 122,000 people across more than 60 countries.

Samsung Group is a South Korean multinational conglomerate company headquartered in Samsung Town, Seoul. It comprises numerous subsidiaries and affiliated businesses, most of them united under the Samsung brand, and is the largest South Korean chaebol.

Sony Corporation, commonly referred to as Sony, is a Japanese multinational conglomerate corporation headquartered in Kōnan Minato, Tokyo, Japan. Its diversified business is primarily focused on the electronics, game, entertainment and financial services sectors. The company is one of the leading manufacturers of electronic products for the consumer and professional markets. Sony is ranked 87th on the 2012 list of Fortune Global 500.

TomTom NV is a Dutch manufacturer of automotive navigation systems, including both stand-alone units and software for personal digital assistants and mobile telephones. It is the leading manufacturer of navigation systems in Europe. TomTom's customer service is located in Amsterdam, Netherlands, and Egypt TomTom was a follow-up of Palmtop Software, founded by Peter-Frans Pauwels, Pieter Geelen, Harold Goddijn and Corinne Vigreux in 1991. 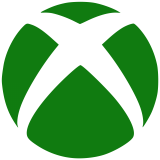 The Xbox is a video game console manufactured by Microsoft. It was released on November 15, 2001, in North America, followed by Australia and Europe in 2002. It was Microsoft's first foray into the gaming console market. The sixth-generation console competed with Sony's PlayStation 2, Sega's Dreamcast, and the Nintendo GameCube. It was the first console produced by an American company since the Atari Jaguar ceased production in 1996.