Adidas AG is a German multinational corporation that designs and manufactures sports clothing and accessories based in Herzogenaurach, Bavaria, Germany. It is the holding company for the Adidas Group, which consists of the Reebok sportswear company, TaylorMade-Adidas golf company, Rockport, and 9.1% of FC Bayern Munich. Besides sports footwear, Adidas also produces other products such as bags, shirts, watches, eyewear, and other sports- and clothing-related goods. Adidas is the largest sportswear manufacturer in Germany and Europe and the second biggest sportswear manufacturer in the world. 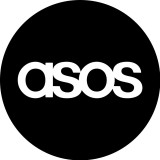 ASOS.com is a British online fashion and beauty store. Primarily aimed at young adults, ASOS sells over 850 brands as well as its own range of clothing and accessories. Revenue for the financial year ending 31 August 2015 was £1,119.9 million.[3] As of August 2015, ASOS PLC has net assets of £237.3 million.

C. & J. Clark International Ltd, trading as Clarks, is a British, international shoe manufacturer and retailer. It was founded in 1825 by Quaker brothers Cyrus and James Clark in Street, Somerset, England – where it still has its headquarters. The company has over 1,000 branded stores and franchises around the world and also sells through third-party distribution.

French Connection (also branded as FCUK) is a UK-based global retailer and wholesaler of fashion clothing, accessories and homeware. Founded in the early 1970s by Stephen Marks, who remains chief executive, it is based in London and its parent French Connection Group PLC is listed on the London Stock Exchange.

French Connection distributes its clothing and accessories through its own stores in the UK, US and Canada and through franchise and wholesale arrangements globally. The company became notorious for the use of the "fcuk" initialism in its advertising campaigns in the early 2000s. 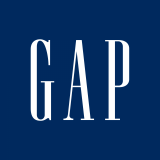 The Gap, Inc., commonly known as Gap Inc. or Gap, (stylized as GAP) is an American worldwide clothing and accessories retailer.

It was founded in 1969 by Donald Fisher and Doris F. Fisher and is headquartered in San Francisco, California. The company operates five primary divisions: the namesake banner, Banana Republic, Old Navy, Intermix, and Athleta. Gap Inc. is the largest specialty retailer in the United States, and is 3rd in total international locations, behind Inditex Group and H&M. As of September 2008, the company has approximately 135,000 employees and operates 3,727 stores worldwide, of which 2,406 are located in the U.S.

Matalan's stores average 30,000 square feet (2,800 m2). The majority of Matalan's stores are based in out of town locations, based upon a concept that John Hargreaves discovered was successful in America, and that he launched in Preston in 1985. Each store is typically divided into four departments, Women's, Men's, Kids' and Homeware. 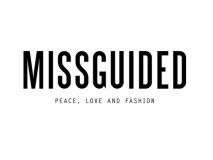 Missguided is a UK-based multi-channel retailer selling clothes aimed at 16-35 year old women. The company's collections include tall, petite, lingerie and nightwear ranges. Sales for the financial year ending March 31, 2015 were £86 million, growing 69% year-on-year. Missguided's headquarters were in Salford, Manchester for most of 2015, but have since moved to Trafford Park where the company claims its office is the 'coolest office in the world'.

Monsoon was started in London in 1973 by Peter Simon, a market-stall trader, and opened its first shop in Beauchamp Place in May of that year. The first Accessorize shop opened in 1984, next door to Monsoon in Covent Garden. In 2014 the company had about 1400 stores in 74 different countries.

Next, styled as next, is a British multinational clothing, footwear and home products retailer headquartered in Enderby, Leicestershire. It has around 700 stores, of which 502 are in the United Kingdom and Ireland, and around 200 are in continental Europe, Asia and the Middle East. Next is the largest clothing retailer by sales in the United Kingdom, having overtaken Marks & Spencer in early 2012 and 2014.

Nike, Inc. is an American multinational corporation that is engaged in the design, development and worldwide marketing and selling of footwear, apparel, equipment, accessories and services. The company is headquartered near Beaverton, Oregon, in the Portland metropolitan area, and is one of only two Fortune 500 companies headquartered in Oregon. It is one of the world's largest suppliers of athletic shoes and apparel and a major manufacturer of sports equipment, with revenue in excess of US$24.1 billion in its fiscal year 2012. As of 2012, it employed more than 44,000 people worldwide. The brand alone is valued at $10.7 billion, making it the most valuable brand among sports businesses.

Peacocks is a fashion retail chain based in Cardiff, Wales. The chain is a part of the Edinburgh Woollen Mill group and employs over 6,000 people. There are currently over 400 Peacocks retail outlets located in the United Kingdom; and more than 200 stores located in twelve other countries throughout Europe. Originally selling home goods and basic clothing, Peacocks has been re-branded over the years as a value fashion store. 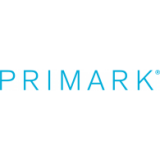 Primark (branded as Penneys in Ireland) is an Irish clothing retailer operating in Austria, Belgium, France, Germany, Ireland, Portugal, Spain, the Netherlands, the United Kingdom, the United States and Italy. It was founded and headquartered in Dublin, Ireland. The company's international headquarters is registered in Ireland. Its UK operations are registered in England and Wales. Primark is a subsidiary of international food, ingredients and retail group Associated British Foods.

Reebok International Limited, a subsidiary of the German company Adidas since 2005, is a producer of athletic shoes, clothing, and accessories. The name comes from the Afrikaans spelling of rhebok, a type of African antelope or gazelle. In 1890 in Holcombe Brook, a small village six miles north east of Bolton, Greater Manchester, Joseph William Foster was making a living producing regular running shoes when he came up with the idea to create a novelty spiked running shoe. After his ideas progressed he joined with his sons, and founded a shoe company named J.W. Foster and Sons in 1895.

Rolex SA and its subsidiary Montres Tudor SA design, manufacture, distribute and service wristwatches sold under the Rolex and Tudor brands. Founded by Hans Wilsdorf and Alfred Davis in London, England in 1905 as Wilsdorf and Davis, Rolex moved its base of operations to Geneva, Switzerland in 1919.

Rotary Watches Ltd was established at La Chaux-de-Fonds, Switzerland, by Moise Dreyfuss in 1895. By the 1920s family members Georges and Sylvain Dreyfuss began importing Rotary watches to Britain, which was to become the company's most successful market. Rotary is still an independent family company, and at present Robert Dreyfuss – the great grandchild of Moise Dreyfuss – is its chairman.

Slazenger is a British sports equipment brand sold throughout the world, involving a variety of sporting categories. Established in 1881, it can trace its roots to 1810, and is today one of the oldest surviving sporting brand names.

Swatch SA and its subsidiary Montres Flik Flak SA design, manufacture, distribute and service high-quality wristwatches sold under the Swatch and Flik Flak brands. It is a subsidiary of the Swatch Group founded by Nicolas Hayek whose group launched the brand in 1983 with remarkable success and thereby culminating the end of the quartz crisis of the 1980s.

Umbro is a British sportswear and football equipment supplier based in Cheadle, Greater Manchester. The company is currently a subsidiary of Iconix Brand Group.