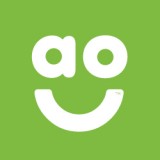 AO World plc (formerly Appliances Online) is an online retailer specialising in household appliances. It is listed on the London Stock Exchange and is a constituent of the FTSE 250 Index.

The company was established as Appliances Online by John Roberts (the current CEO) in 2000. John was bet £1 that he could not set up his own company by a close friend, whether the winnings were collected is still unknown. It also sold kitchen appliances on behalf of Boots, Next, House of Fraser, B&Q and Iceland. 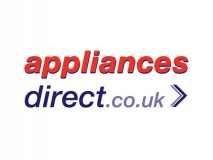 Appliances Direct are the specialist appliance division of the BuyItDirect Group. BuyItDirect has an annual turnover in excess of £100m and employs over 150 staff.

Black & Decker Corporation is an American manufacturer of power tools and accessories, hardware and home improvement products, and technology based fastening systems. On March 12, 2010, Black & Decker merged with Stanley Works to become Stanley Black & Decker. It remains as a wholly owned subsidiary of that company, but maintains its own headquarters in Towson, Maryland; a suburb of Baltimore.

Bose Corporation is an American privately held corporation, based in Framingham, Massachusetts, that specializes in audio equipment. Founded in 1964 by Amar G. Bose, the company operates 8 plants, 153 retail stores, and an automotive subsidiary in Stow, Massachusetts.

Comfort is a sense of physical or psychological ease, often characterized as a lack of hardship. Persons who are lacking in comfort are uncomfortable, or experiencing discomfort. A degree of psychological comfort can be achieved by recreating experiences that are associated with pleasant memories, such as engaging in familiar activities, maintaining the presence of familiar objects, and consumption of comfort foods. Comfort is a particular concern in health care, as providing comfort to the sick and injured is one goal of healthcare, and can facilitate recovery. Persons who are surrounded with things that provide psychological comfort may be described as being within their comfort zone.

The Cunard Line is a British-American owned shipping company based at Carnival House in Southampton, England, and operated by Carnival UK. It has been a leading operator of passenger ships on the North Atlantic for over a century. 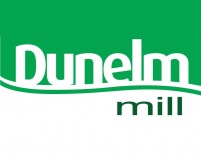 Dunelm Group plc (formerly Dunelm Mill) is a United Kingdom-based home furnishings retailer with 150 stores and over 100 in-store Pausa coffee shops, throughout the United Kingdom. One of the largest homewares retailers in the United Kingdom, Dunelm's headquarters are in Watermead Business Park, Syston in Leicestershire, England. It also has its own factory for curtains, blinds and accessories, based in Leicester. 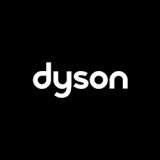 Dyson Ltd is a British technology company that designs and manufactures vacuum cleaners, hand dryers, bladeless fans, and heaters. It sells machines in over 70 countries and employs more than 7,000 people worldwide.

A Dyson vacuum cleaner uses cyclonic separation to remove dust and other particles from the air stream. Dirty air enters a conical container called a cyclone, where it is made to flow in a tight spiral. Centrifugal force throws the particles out of the airflow onto the wall of the container, from which they can fall into a bin. The vacuum cleaner uses several stages of cyclones. Dyson states that centrifugal forces can reach up to 150,000 g

Garnier is a mass market cosmetics brand of L'Oréal that produces hair care and skin care products. The company started as Laboratoires Garnier in 1904, and was acquired by L'Oréal in the 1970s. Current product lines include Fructis shampoos and conditioners, and Nutrisse hair color. Garnier is sold in numerous countries wordwide, with specific product lines targeted for different skin types and cultures. In 2011, Garnier partnered with TerraCycle to promote upcycling of product containers and the introduction of biodegradable products.

Homebase is a British home improvement store and garden centre, with 342 stores across the United Kingdom and Republic of Ireland. It is well known by its green and orange colour scheme. Together with its sister company Argos, it forms part of Home Retail Group. Homebase recorded sales figures of £1.57 billion for the last financial year. Homebase made a profit of £41.2 million for the year 2009–10.

IKEA is a Swedish company registered in the Netherlands that designs and sells ready-to-assemble furniture, appliances, and home accessories. As of January 2008, the company is the world's largest furniture retailer. Founded in Sweden in 1943 by a 17-year-old Ingvar Kamprad, who is one of the world's richest people in 2013, the company's name is an acronym that consists of the initials of Ingvar Kamprad, Elmtaryd, and Agunnaryd. The company is known for its modern architectural designs for various types of appliances and furniture, and its interior design work is often associated with an eco-friendly simplicity. In addition, the firm is known for its attention to cost control, operational details, and continuous product development, corporate attributes that allowed IKEA to lower its prices by an average of two to three percent over the decade to 2010 during a period of global expansion.

Le Creuset is a French cookware manufacturer best known for its colorfully-enameled cast-iron cookware "French ovens", also known as "casseroles" or "Dutch ovens". The company also makes many other types of premium cookware, from sauce pans to tagines.

Neutrogena is an American brand of skin care, hair care and cosmetics, that is headquartered in Los Angeles, California. According to product advertising at their website, Neutrogena products are distributed in more than 70 countries. Neutrogena was founded in 1930 by Emanuel Stolaroff, and was originally a cosmetics company named Natone. It is now part of the United States-based Johnson & Johnson conglomerate, which bought the independent company in 1994.

Persil is a brand of laundry detergent currently and originally made by Henkel & Cie; but which is now also licensed for manufacture, distribution, and marketing in several countries by Unilever. Henkel and Unilever both manufacture their own formulations. Introduced in 1907, Persil is notable because it was the first commercially available "self-activated" laundry detergent. The name, Persil, is derived from two of its original ingredients, perborate and silicate. It is Unilever's premium brand in Ireland and the United Kingdom. Persil is sold in many forms, with several "environment friendly" products.

The Raleigh Bicycle Company is a bicycle manufacturer based in Nottingham, England. Founded by Woodhead and Angois in 1885, who used Raleigh as their brand name, it is one of the oldest bicycle companies in the world. After being acquired by Frank Bowden, it became The Raleigh Cycle Company in December 1888, which was registered as a limited liability company in January 1889. By 1913, it was the biggest bicycle manufacturing company in the world. From 1921 to 1935, Raleigh also produced motorcycles and three-wheel cars, leading to the formation of the Reliant Company. The Raleigh division of bicycles is currently owned by the Dutch corporation Accell.

The Royal Doulton Company was an English company producing tableware and collectables, dating from 1815. Operating originally in London, its reputation grew in The Potteries, where it was a latecomer compared to Royal Crown Derby, Royal Worcester, Wedgwood, Spode and Mintons. Its products include dinnerware, giftware, cookware, porcelain, glassware, collectables, jewellery, linens, curtains and lighting.

Royal Worcester is believed to be the oldest remaining English porcelain brand still in existence today.

Samsung Group is a South Korean multinational conglomerate company headquartered in Samsung Town, Seoul. It comprises numerous subsidiaries and affiliated businesses, most of them united under the Samsung brand, and is the largest South Korean chaebol.

Smeg is an Italian manufacturer of upmarket domestic appliances. Vittorio Bertazzoni founded the company in 1948 in the village of Guastalla, Reggio Emilia, Italy. The name is an acronym for Smalterie Metallurgiche Emiliane Guastalla

Vax UK Ltd is a brand that retails electrical goods and cleaning products in the floor-care sector, and which has its headquarters in the United Kingdom. The brand is owned, and its products are manufactured by, a company called TTI Co. Ltd Group, which is based in Hong Kong, China. Vax UK Ltd has its main headquarters in the city centre of Birmingham, West Midlands and a service, warehouse and depot operation in the village of Hampton Lovett, near Droitwich, Worcestershire. Vax branded machines are manufactured in China.

Josiah Wedgwood and Sons, commonly known as Wedgwood, is a pottery firm owned by KPS Capital Partners, a private equity company based in New York City. Wedgwood was founded on 1 May 1759 by Josiah Wedgwood and in 1987 merged with Waterford Crystal to create Waterford Wedgwood, an Ireland-based luxury brands group. After the 2009 purchase by KPS Capital, Wedgwood became part of a group of companies known as WWRD Holdings Ltd, an acronym for "Waterford Wedgwood Royal Doulton."

Zanussi is an Italian producer of home appliances that in 1984 was bought by Electrolux. Zanussi has been exporting products from Italy since 1946.