Crayola is a brand of artists' supplies manufactured by Crayola LLC and best known for its crayons. The company is based in Forks Township, Northampton County, Pennsylvania. Originally an industrial pigment supply company, Crayola soon shifted its focus to art products for home and school use, beginning with chalk, then crayons, followed later by colored pencils, markers, paints, modeling clay, and other related goods. All Crayola-branded products are marketed as nontoxic and safe for use by children. Most Crayola crayons are made in the United States. The Early Learning Centre is a British chain of shops selling toys for very young children.

Originally set up as a mail order company in 1974 and based near Swindon, by 1980 it had ten shops, and it has grown to include 215 shops in the United Kingdom, and over 80 in 19 other countries including Qatar, the United Arab Emirates, Canada and Australia. In addition, their toys are available in some Debenhams, Boots & Sainsbury's stores.

Hornby Railways is a British model railway brand. Its roots date back to 1901, when founder Frank Hornby received a patent for his Meccano construction toy. The first clockwork train was produced in 1920. In 1938, Hornby launched its first 00 gauge train. In 1964, Hornby and Meccano were bought by their competitor, Tri-Ang, and sold on when Tri-ang went into receivership. Hornby Railways became independent in the 1980s. 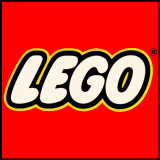 Lego is a popular line of construction toys manufactured by The Lego Group, a privately held company based in Billund, Denmark. The company's flagship product, Lego, consists of colourful interlocking plastic bricks and an accompanying array of gears, minifigures and various other parts. Lego bricks can be assembled and connected in many ways, to construct such objects as vehicles, buildings, and even working robots. Anything constructed can then be taken apart again, and the pieces used to make other objects.

The Lego Group began manufacturing the interlocking toy bricks in 1949. Since then a global Lego subculture has developed. Supporting movies, games, competitions, and six Legoland amusement parks have been developed under the brand. As of July 2015, 600 billion Lego parts had been produced.

PlayStation, (officially abbreviated PS) is a series of video game consoles created and owned by Sony Interactive Entertainment. The brand was first introduced on December 3, 1994 in Japan with the launch of the original PlayStation console. It now consists of four home consoles, as well as a media center, an online service, a line of controllers, two handhelds and a phone, as well as multiple magazines. 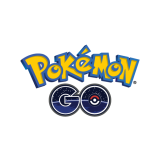 Pokémon Go is a free-to-play, location-based augmented reality game developed by Niantic for iOS and Android devices. It was initially released in selected countries in July 2016. In the game, players use a mobile device's GPS capability to locate, capture, battle, and train virtual creatures, called Pokémon, who appear on the screen as if they were in the same real-world location as the player. The game supports in-app purchases for additional in-game items.

Pokémon Go was released to mixed reviews, with critics praising the game's concept and the incentive to be more active in the real world, while criticising frequent technical issues apparent at launch. Despite such reviews, it quickly became a global phenomenon and was one of the most used mobile apps, having been downloaded by more than 130 million people worldwide. It was credited with popularising location-based and augmented reality gaming, as well as for promoting physical activity and helping local business grow. However, it has also attracted controversy for contributing to accidents and becoming a public nuisance at some locations. Multiple governments expressed concerns over the game's security, with legislation regarding it being passed in some countries as a result.

Tomy Co., Ltd. is a Japanese toy, children's merchandise and entertainment company created from the merger of two companies:  Tomy and long-time rival, Takara. Merged on 1 March 2006, the company has its headquarters in Katsushika, Tokyo.

Toys "R" Us Inc. is a dedicated toy and juvenile-products retailer founded in 1948 and headquartered in Wayne, New Jersey. The company operates more than 875 Toys "R" Us and Babies "R" Us stores in the United States, more than 625 international stores and over 140 licensed stores in 35 countries and jurisdictions. In addition, it exclusively operates the FAO Schwarz brand and its flagship location in New York City. It also operates a portfolio of e-commerce sites including Toysrus.com, Babiesrus.com, eToys.com and FAO.com.