Bing, Microsoft's replacement for Live Search, was unveiled by Microsoft CEO Steve Ballmer on May 28, 2009, at the All Things Digital conference in San Diego, California, for release on June 1, 2009. Notable new features at the time included the listing of search suggestions while queries are entered and a list of related searches (called "Explore pane") based onsemantic technology from Powerset, which Microsoft had acquired in 2008. 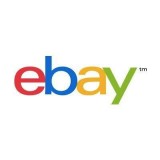 eBay Inc. is an American multinational internet consumer-to-consumer corporation, headquartered in San Jose, California. It was founded in 1995, and became a notable success story of the dot-com bubble; it is now a multi-billion dollar business with operations localized in over thirty countries. The company manages eBay.com, an online auction and shopping website in which people and businesses buy and sell a broad variety of goods and services worldwide. In addition to its auction-style sellings, the website has since expanded to include "Buy It Now" standard shopping; shopping by UPC, ISBN, or other kind of SKU ; online classified advertisements ; online event ticket trading ; online money transfers and other services. 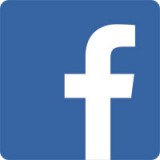 Facebook is a social networking service and website started in February 2004. It is owned by Facebook, Inc.As of September 2012, Facebook has over one billion active users. Users may make a personal profile, add other users as friends, and send messages. Facebook users must register before using the site. Users may join user groups. These groups can be for a workplace, school or college, or other interest. The name of the service comes from the name for the book given to students at the start of the school year by some universities in the United States. These books help students get to know each other better. Facebook allows any users who say they are at least 13 years old to become users of the website.

Groundwork Jobs UK provides a 'one stop shop' for Groundworks related site and office based staff who are looking for their next job.

Hotmail was acquired by Microsoft in 1997 for an estimated $400 million and launched as MSN Hotmail, later rebranded to Windows Live Hotmail as part of the Windows Live suite of products. Microsoft released the final version of Hotmail in October 2011, available in 36 languages. It was replaced by Outlook.com in 2013.

Moneysupermarket.com Group PLC is a British price comparison website-based business specialising in financial services. The website enables consumers to compare prices on a range of products, including mortgages, credit cards and loans. It is listed on the London Stock Exchange and is a constituent of the FTSE 250 Index. 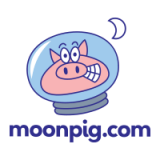 Moonpig.com is a business based in London and Guernsey which sells personalised greeting cards. The website was launched in July 2000, and in 2007 the company was responsible for 90 percent of the online greeting card market in the United Kingdom, with nearly six million cards shipped.

Outlook.com is a web-based suite of webmail, contacts, tasks, and calendaring services from Microsoft. One of the world's first webmail services, it was founded in 1996 as Hotmail (stylised as HoTMaiL) by Sabeer Bhatia and Jack Smith in Mountain View, California, and headquartered in Sunnyvale.

Tinder is a location-based social search mobile app that facilitates communication between mutually interested users, allowing matched users to chat. The app is most commonly used as a dating app or hookup app, but it also has services, making it a social media application too. Matching is based on Facebook and Spotify profiles. 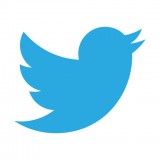 Twitter is an online social networking service that enables users to send and read short 140-character messages called "tweets". Registered users can read and post tweets, but those who are unregistered can only read them. Users access Twitter through the website interface, SMS or mobile device app. Twitter Inc. is based in San Francisco and has more than 25 offices around the world.

Twitter was created in March 2006 by Jack Dorsey, Evan Williams, Biz Stone, and Noah Glass and launched in July 2006. The service rapidly gained worldwide popularity, with more than 100 million users posting 340 million tweets a day in 2012. The service also handled 1.6 billion search queries per day. In 2013, it was one of the ten most-visited websites and has been described as "the SMS of the Internet". As of March 2016, Twitter has more than 310 million monthly active users. 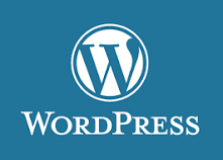 WordPress is a free and open-source content management system (CMS) based on PHP and MySQL. WordPress is installed on a web server, which either is part of an Internet hosting service or is a network host itself; the first case may be on a service like WordPress.com, for example, and the second case is a computer running the software package WordPress.org. An example of the second case is a local computer configured to act as its own web server hosting WordPress for single-user testing or learning purposes. Features include a plugin architecture and a template system. WordPress was used by more than 26.4% of the top 10 million websites as of April 2016.

Yahoo Inc. (also known simply as Yahoo!) is an American multinational technology company headquartered in Sunnyvale, California. Yahoo was founded by Jerry Yang and David Filo in January 1994 and was incorporated on March 2, 1995. Yahoo was one of the pioneers of the early internet era in the 1990s. Marissa Mayer, a former Google executive, serves as CEO and President of the company.