Veolia Environnement retains a 10% stake in Affinity Water for at least five years from incorporation. Veolia Environnement is using the proceeds of the disposal to reduce its debt, as part of a €5bn debt-reduction programme announced in December 2011.

Albion Water was licensed by the Water Services Regulation Authority (Ofwat) in 1999, it was as the first new entrant to compete against the monopoly water companies in England.

Anglian Water provides drainage and sewerage to a wider area stretching from the Humber in the north to the River Thames in the south, including the River Great Ouse and a small part of Greater London around Upminster.

Bournemouth Water provides drinking water to approximately 500,000 people from the port town of Poole to Beaulieu in the New Forest and from Bournemouth to Salisbury in Wiltshire, an area of over 1000 square kilometres.

Bristol Water supplies 257 million litres of drinking water daily to over 1 million customers in a 2,600 km2 (1,000 sq mi) area centred on Bristol, England. It is regulated under the Water Industry Act 1991. Sewerage services in the Bristol area are provided by Wessex Water.

Approximately half the water is taken from the Mendip Hills, particularly Chew Valley Lake, Blagdon Lake, Cheddar Reservoir and Barrow Gurney Reservoirs, with the other half is piped from the River Severn via the Gloucester and Sharpness Canal. There are 6,382 km (3,966 mi) of local water mains. 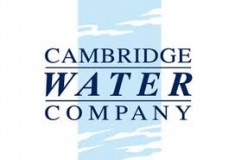 The Cambridge Water Company is a water supply utility company serving Cambridge and the surrounding area. It was established by The Cambridge University and Town Waterworks Act, 1853 and was privately owned until it became a Public Limited Company in 1996. It was sold to Chung Kong Infrastructure Holdings Limited (CKI) in 2004, but was sold on to HSBC in 2011. The sale was made because CKI wanted to acquire Northumbrian Water, and retaining Cambridge Water would have resulted in the takeover of Northumbrian Water being referred to the Competition Commission. It became part of South Staffordshire Water in 2013.

The Cholderton and District Water Company is England's smallest water-supply company, serving an area on the border of Hampshire and Wiltshire in the south of the country. It supplies about 2500 people over an area of around 21km² in the parishes of Cholderton and Bulford in Wiltshire, and Shipton Bellinger, Thruxton, Amport and Quarley in Hampshire and is a private limited company with company number 357098.

The water company was established by an Act of Parliament in 1904 by Henry Charles Stephens, of Finchley, north London, the son of Henry Stephens, the founder of the Stephens Ink Company. It is owned by the Cholderton Estate.

Cholderton and District Water Company does not provide sewerage services; mains sewerage facilities are provided by Southern Water in its area.

The Consumer Council for Water is the independent representative of household and business water consumers in England and Wales.

They provide free advice to consumers and keep them informed on the issues that affect their water and sewerage services. They also take up the complaints of household and non-domestic customers when they are unable to resolve them directly with their water company. They aim is to settle 70% of complaints within 20 working days and 85% within 40 working days.

It is regulated under the Water Industry Act 1991.

Essex and Suffolk Water is a water supply company in the United Kingdom. It operates in two geographically distinct areas, one serving parts of Norfolk and Suffolk, and the other serving parts of Essex and Greater London. The total population served is 1.8 million. Essex and Suffolk is a 'water only' supplier, with sewerage services provided by Anglian Water and Thames Water within its areas of supply. It is part of the Northumbrian Water Group.

Hartlepool Water is a water company that covers the town of Hartlepool in County Durham and surrounding area in the North East of England. Since 1997 it has been owned by Anglian Water.

Hartlepool Water does not provide sewerage services. These are provided by Northumbrian Water.

The company was originally formed as the Hartlepool Gas and Water Company in 1846, was re-incorporated into Hartlepool Water Ltd in 1995 and its company name, though not brand and business name, was renamed in 2006 as Osprey Water Services Ltd of Anglian Water's head office (Registered Office) retaining company number 3017251.

Northern Ireland Water Limited is a water company in Northern Ireland. Formerly an executive agency (the Northern Ireland Water Service) within Northern Ireland's former Department for Regional Development, it became a government-owned company on 1 April 2007. The company provides 625 million litres of clean water a day for almost 1.7 million people as well as treating 134 million m3 of wastewater every year, and has approximately 1,400 staff. It is responsible for 26,500 km of watermains and 14,500 km of sewerage mains, as well as 47 water treatment works and 918 wastewater treatment works. In 2005, the Water Service had an annual budget of £302 million and fixed assets of £4.9 billion.

Northumbrian Water Limited is a water company in the United Kingdom, providing mains water and sewerage services in the English counties of Northumberland, Tyne and Wear, Durham and parts of North Yorkshire, and also supplying water as Essex and Suffolk Water. It is a wholly owned subsidiary of Northumbrian Water Group.

Ofwat are a non-ministerial government department established in 1989 when the water and sewerage industry in England and Wales was privatised.

Ofwat are financed by licence fees that are recovered from the water companies and accountable to Parliament for the money we spend, also providing information to the Treasury, the National Audit Office and the Public Accounts Committee.

Ofwat do not generally deal with individual consumer complaints or enquiries about water companies or individual water bills.

Portsmouth Water is the utility company responsible for water supply and distribution in the City of Portsmouth, part of East Hampshire and part of West Sussex. Places served include Gosport, Fareham, Portsmouth, Havant, Chichester and Bognor Regis. The company is a private limited company with company number 2536455.

Scottish Water is a statutory corporation that provides water and sewerage services across Scotland. It is accountable to the public through the Scottish Government.

Severn Trent plc is a UK water company that is traded on the London Stock Exchange and is a constituent of the FTSE 100 Index.

Severn Trent, the trading name owned by the above company applies to a group of companies employing more than 15,000 people across the UK, US and mainland Europe, with some involvement in the Middle East.

Severn Trent Laboratories was rebranded as part of Severn Trent Services in 2010 to streamline the company better and to give a single worldwide image, rather than a series of separate organisations with different identities.

As with all UK water companies, Severn Trent is regulated under the Water Industry Act 1991.

South East Water is a UK supplier of drinking water to 2.1 million consumers in Kent, Sussex, Surrey, Hampshire and Berkshire and is a private limited company registered in England and Wales with company number 02679874.

Each day the company supplies 565 million litres of drinking water from its water treatment works and manages more than 14,500 kilometres of its water mains. The company's supply area covers 5,657 square kilometres. The company takes water from rivers, reservoirs and underground sources (aquifers) under abstraction licences issued by the Environment Agency.

South East Water acquired Mid Kent Water in December 2007 uniting two water companies in the South East of England and is owned by CDPQ (Caisse de dépôt et placement du Québec) and the non-stock exchange listed Utilities Trust of Australia (UTA) established in 1994 and one of Australia’s first infrastructure investment funds that has approximately A$2 billion in funds under management with investments in Australia, the US, UK and Europe. UTA is managed by Hastings Funds Management Ltd.

South Staffordshire Water provides drinking water to 1.29 million consumers and supplies 330 million litres of water every day across a network of pipes that total 6,000 kilometres (3,700 mi) in length to approximately 500,000 homes and 36,000 business customers in an area covering 1,500 square kilometres (580 sq mi). Under Ofwat’s measure of overall service to customers, OPA, the company has been positioned in the top 5 of the generally 20–23 water companies in every year since 1999.

South West Water provides drinking water and waste water services throughout Cornwall and Devon and in small areas of Dorset and Somerset. South West Water was created in 1989 with the privatisation of the water industry. It was originally formed by the Water Act 1973 as one of ten regional water authorities formed by a merger of various statutory and local authority water undertakings. South West Water is part of the Pennon Group.

It is regulated under the Water Industry Act 1991

Sutton and East Surrey Water is the UK water supply company to its designated area of east Surrey, West Sussex, west Kent and south London serving in excess of 282,000 homes and businesses and a population of approximately 675,000 people.

An area of 322 square miles (830 km2), extending from Morden and South Croydon in the north to Gatwick Airport in the south, and from Cobham and Dorking in the west to Edenbridge and Bough Beech in the east forms the company's supply area. 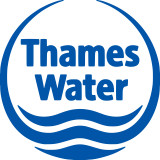 Thames Water Utilities Ltd, known as Thames Water, is the private utility company responsible for the public water supply and waste water treatment in large parts of Greater London, the Thames Valley, Surrey, Gloucestershire, Wiltshire, Kent, and some other areas of the United Kingdom. Thames Water is the UK's largest water and wastewater services company, and supplies 2.6 gigalitres of drinking water per day, and treats 4.4 gigalitres of wastewater per day. Thames Water's 15 million customers comprise 27% of the UK population.

United Utilities Group PLC (UU), the United Kingdom's largest listed water company, was founded in 1995 as a result of the merger of North West Water and NORWEB.

The group manages the regulated water and waste water network in North West England - which includes Cumbria, Cheshire, Greater Manchester, Lancashire and Merseyside which have a combined population of nearly 7 million. The United Utilities Group was the distribution network operator for the North West until 2010 when the electricity subsidiary was sold to Electricity North West. United Utilities' headquarters are in Warrington and the company has 5,300 direct employees. Its shares are listed on the London Stock Exchange and the FTSE 100 Index.

North West England is the wettest region in England, and water hardness across the region is soft to very soft.

Welsh Water - Dwr Cymru is a company which supplies drinking water and wastewater services to most of Wales and parts of western England.

It is regulated under the Water Industry Act 1991 as amended by the Water Act 2014.

Welsh Water originated from the privatisation in 1989 of water supply and waste water arms of the Welsh Water Authority which itself had its origins in the Welsh National Water Development Authority that was created by the 1973 restructuring of the water industry in England and Wales.

Wessex Water Services Limited, known as Wessex Water, is a water supply and sewerage utility company serving an area of South West England, covering 10,000 square kilometres including Bristol, most of Dorset, Somerset and Wiltshire and parts of Gloucestershire and Hampshire. Wessex Water supplies 1.3 million people with around 285 million litres of water a day.

It is regulated under the Water Industry Act 1991. The company currently employs about 2,000 employees.

Wessex Water is owned by the Malaysian power company YTL Corporation. It had been purchased by Azurix, an Enron-controlled company, in 1998.